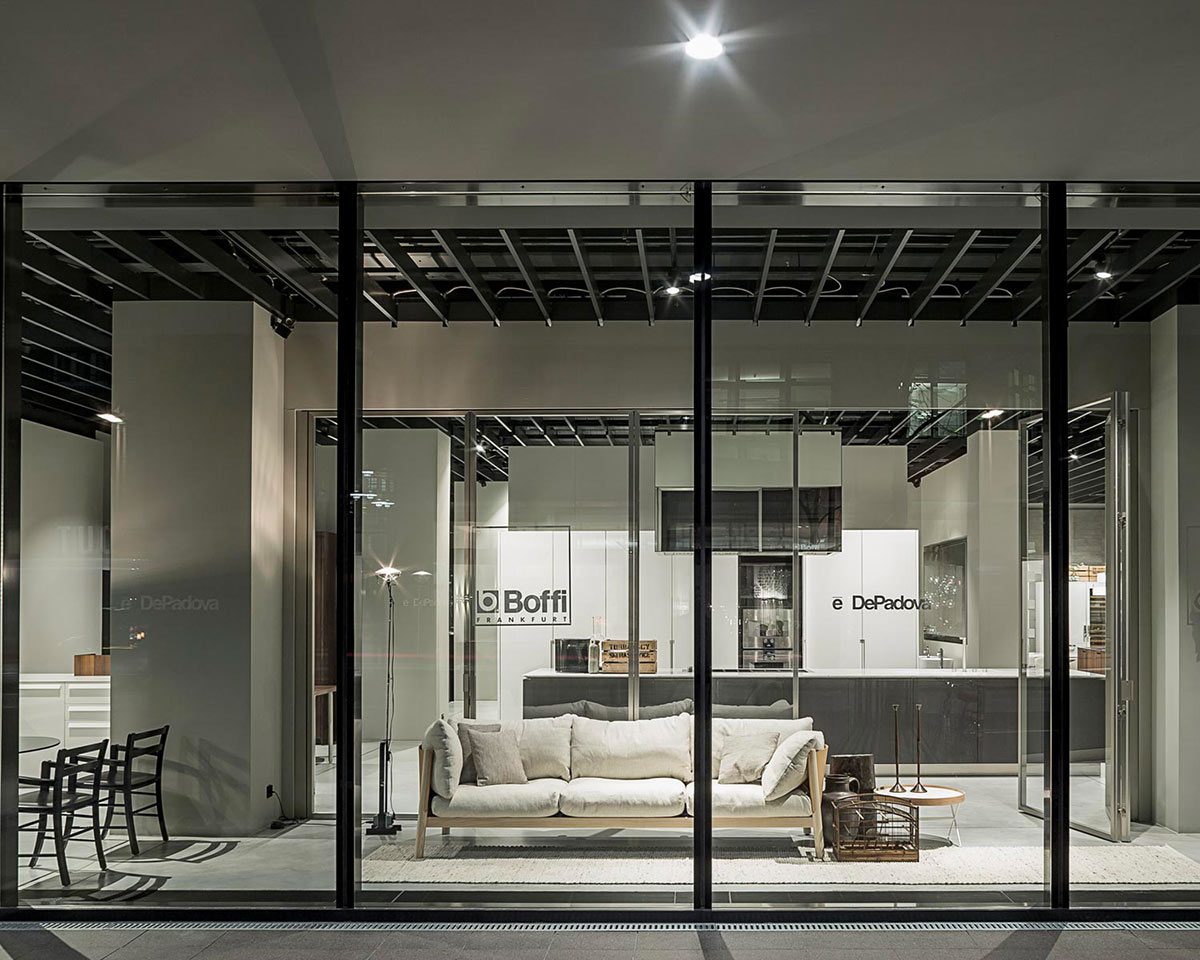 In 2016 the De Padova collection launch continues in international markets.
In January the collection is on centre stage in the Boffi fagship stores of Cologne and Paris, with meetings dedicated to the press, as well as to architects and consumers. Following the launch events in London, Antwerp, Frankfurt, Barcelona and Zürich and the opening of the new concept store in Via Santa Cecilia in Milan, De Padova proves the integration with Boffi with new projects and displays in their stores. After the last April merger with Boffi and the opening of the store in Milan – which are important steps for the history of the prestigious Milanese company, made famous by the work of Maddalena De Padova – De Padova creates a new dimension focused on the international development, based on the consolidated Boffi distribution network.
The two business realities are very similar: rich in history and aimed at the same clientele, fans of brands and contemporary design, able to find in the Boff and De Padova showrooms the inspiration for their living spaces, fexible and personal, where furniture and objects of art, but also accessories, can be mixed.
De Padova, in the next few months, will be the leading character on other markets: in the US (New York, Los Angeles, Miami, Chicago, San Francisco, Denver) but also in France (Lyon, Montpellier, Cannes), Holland (Rotterdam), Spain (Palma de Maiorca), Switzerland (Frauenfeld) and the Far East (Tokyo, Shanghai). Waiting for the Milan design week with new products and a change of image.