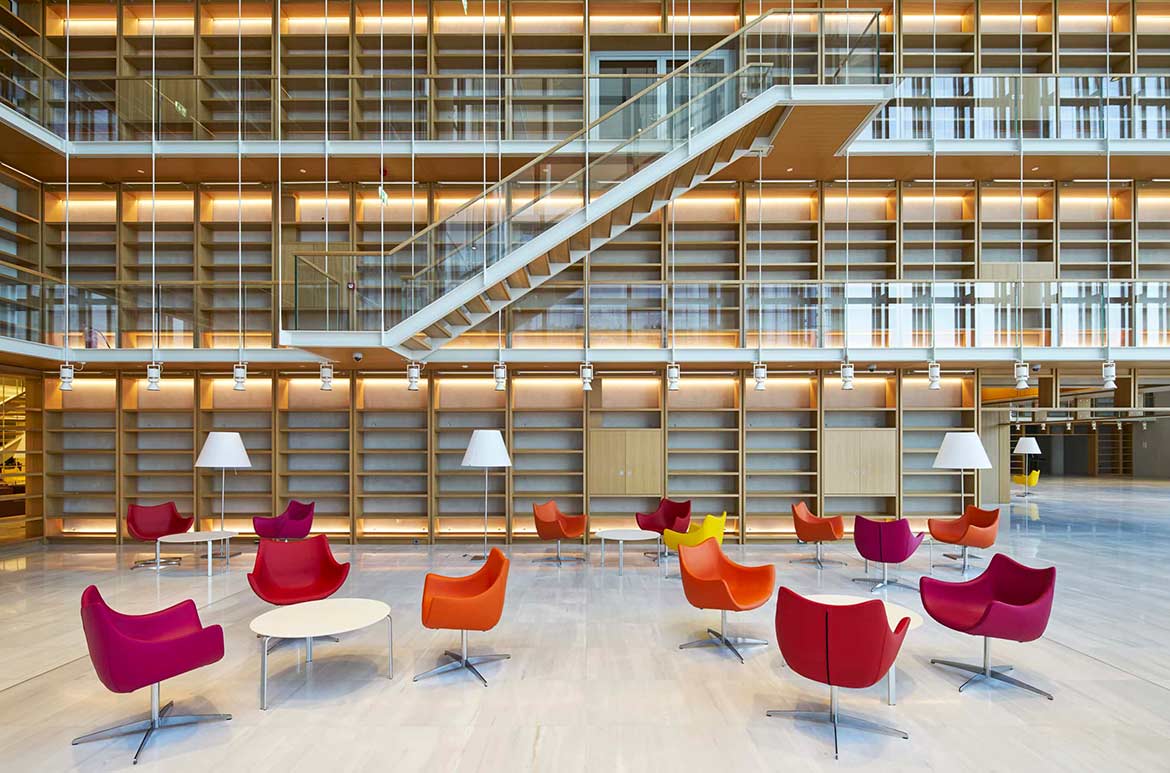 The Stavros Niarchos Cultural Centre is located in Kallithea, 4 km south of central Athens. An important cultural and educational project, the site will comprise the National Library of Greece and the Greek National Opera in a 170,000 sq m landscaped park. Currently a parking lot left over from the 2004 Olympic Games, once the site of a racetrack, the project restore the site’s lost connections with the city and the sea. As one of Athens’ earliest seaports on Faliro Bay, Kallithea has always had a strong relationship with the water. At present, however, despite its proximity, there is no view of the sea from the site. To restore this, an artificial hill is being created at the south (seaward) end of the site. The sloping park culminate in the cultural center building, giving it spectacular views towards the sea. Both opera and library are combined in one building, with a public space, known as the Agora, providing access and connections between the two main facilities. The opera wing is composed of two auditoria, one (450 seats) dedicated to traditional operas and ballets, the other (1.400 seats) for more experimental performances. The library is intended not only as a place for learning and preserving culture, but also as a public resource, a space where culture is truly accessible to share and enjoy. The entirely glass-walled library reading room sits on top of the building just underneath the canopy roof. A square horizontal transparent box, it enjoys 360-degree views of Athens and the sea. The site’s visual and physical connection with water continues in the park with a new canal that runs along a north–south, main pedestrian axis, the Esplanade. The canopy roof provides essential shade and has been topped with 10.000 sq m of photovoltaic cells, enough to generate 1.5 megawatt of power for the library and opera house. This field of cells should allow the building to be self-sufficient in energy terms during normal opening hours. Wherever possible, natural ventilation has been used. The visual connection with the water continues to the park, where it focus on a channel to the side of the Esplanade, the main pedestrian axis of the site, in the north-south direction. The complex is aiming for a LEED platinum rating. Custom project For this space the RPBW Studio requested once again the cooperation of the DePadova team, asking for both custom-made and current designs from the collection, the majority designed by Vico Magistretti. Here the Quadrato table, custom-made in a bigger size and equipped with vertical partitions, is combined with sleek Cirene chairs. Then, in the Opera wing, some made to measure Pollack sofas, while the dressing rooms have been furnished with Tuareg sofas. In the lounge area the Keel small tables (design Form Us With Love) and the sofas Assuan were chosen, while visitors will find the Basket armchairs together with Dan and Arthur tables in the spacious lobby. A great opportunity for De Padova to be present in a building so technologically advanced, thanks to its architectural transparency and concept, and where culture is proposed as resource and source of entertainment. As well as where the philanthropic purposes of the Greek Foundation are aimed to ensure grants for arts, culture, education, health, sports and social welfare. 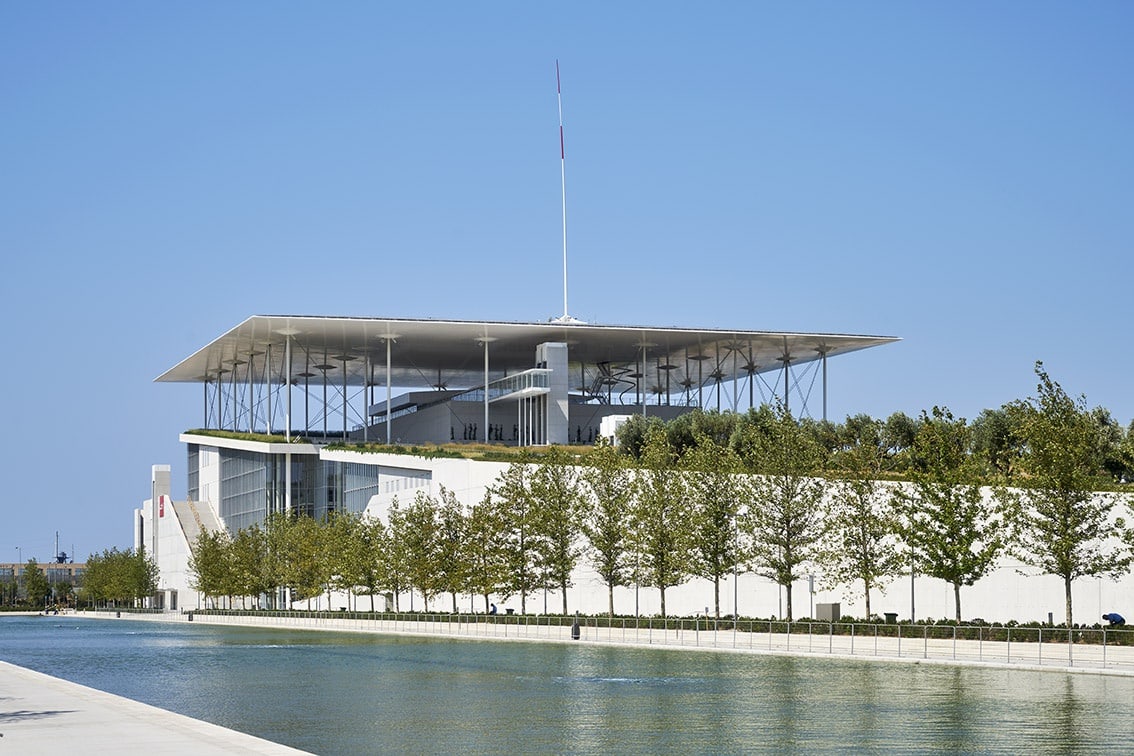 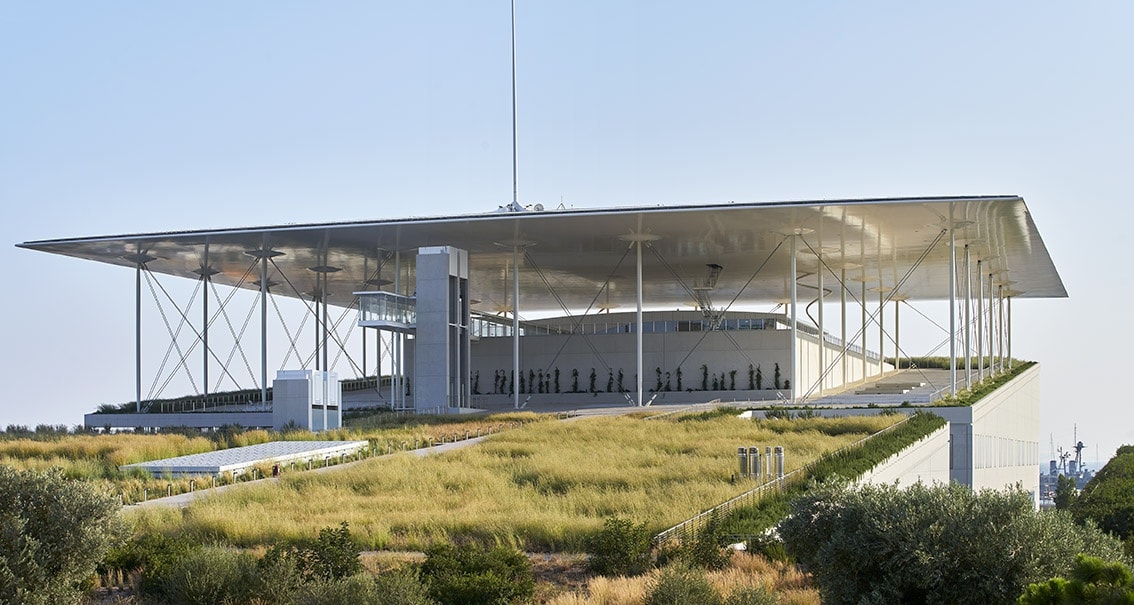 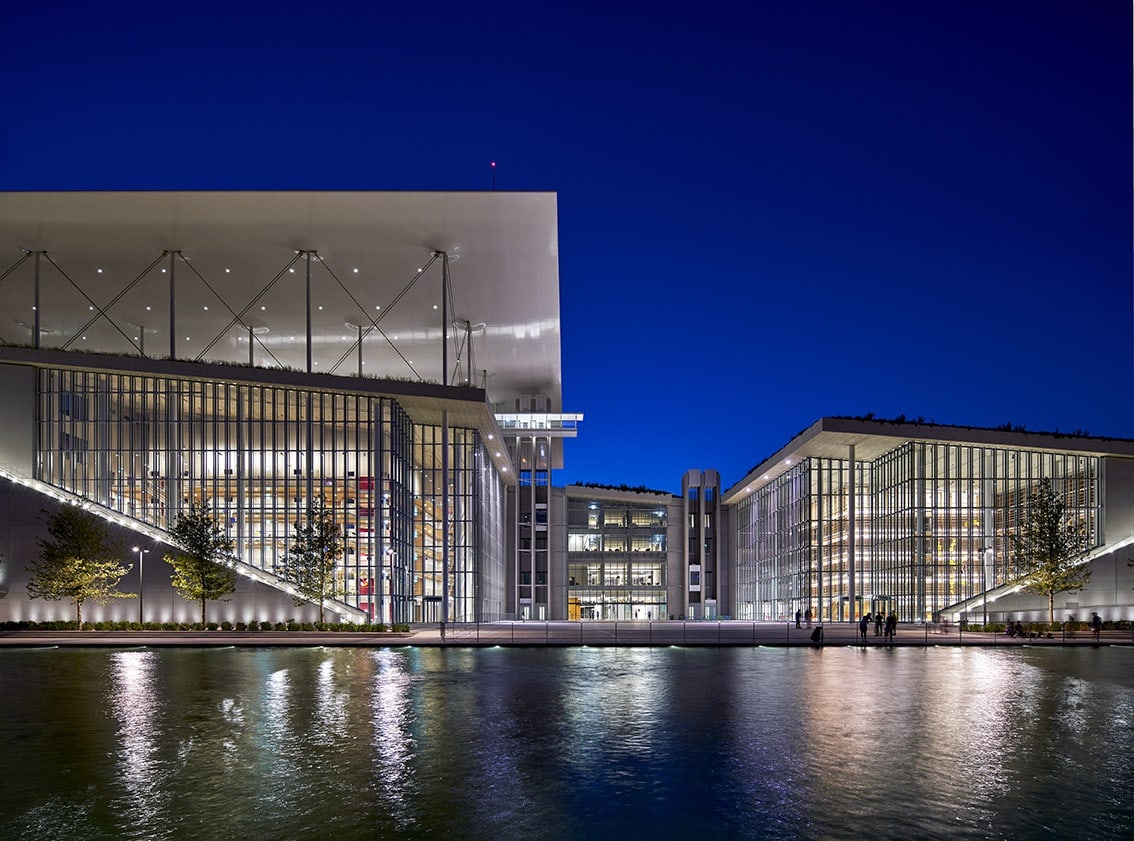 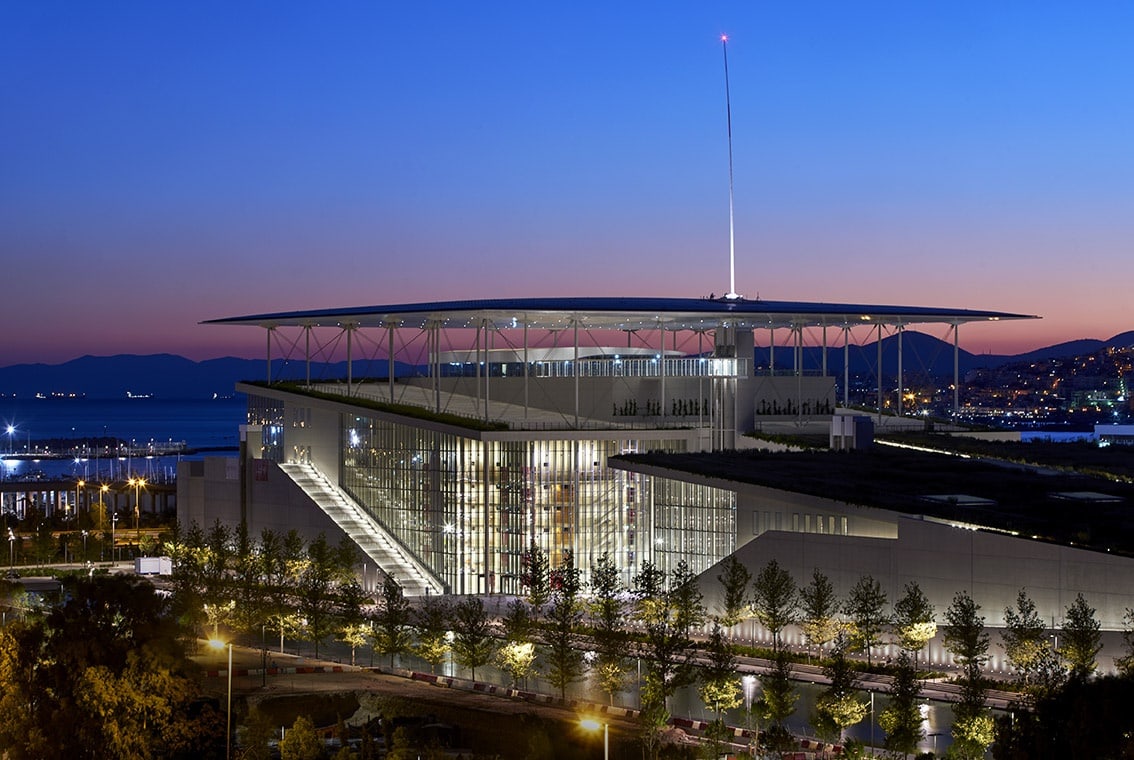 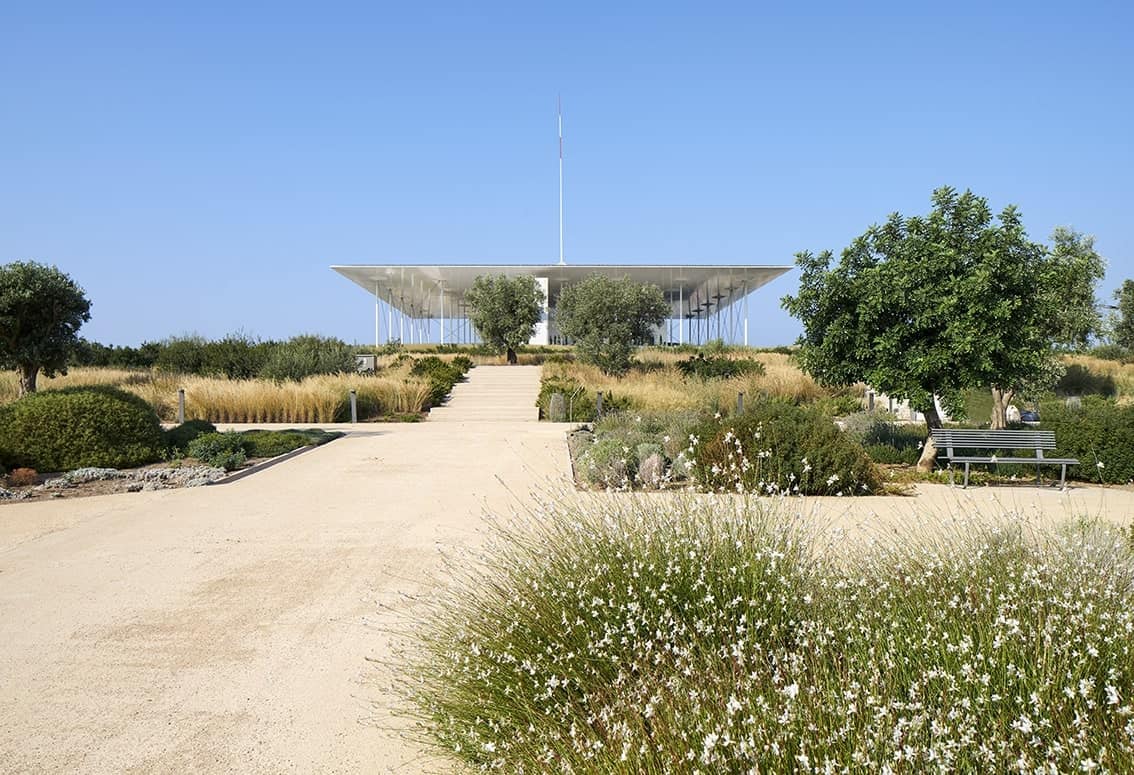 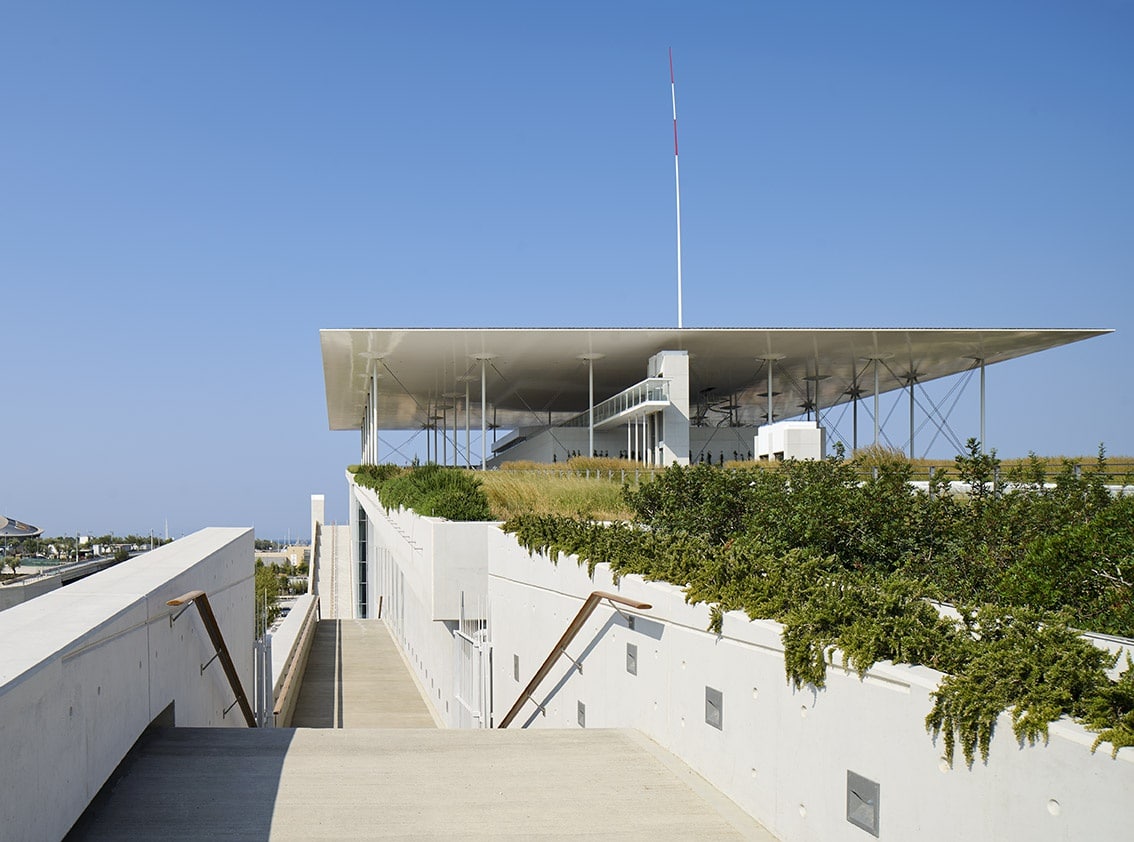 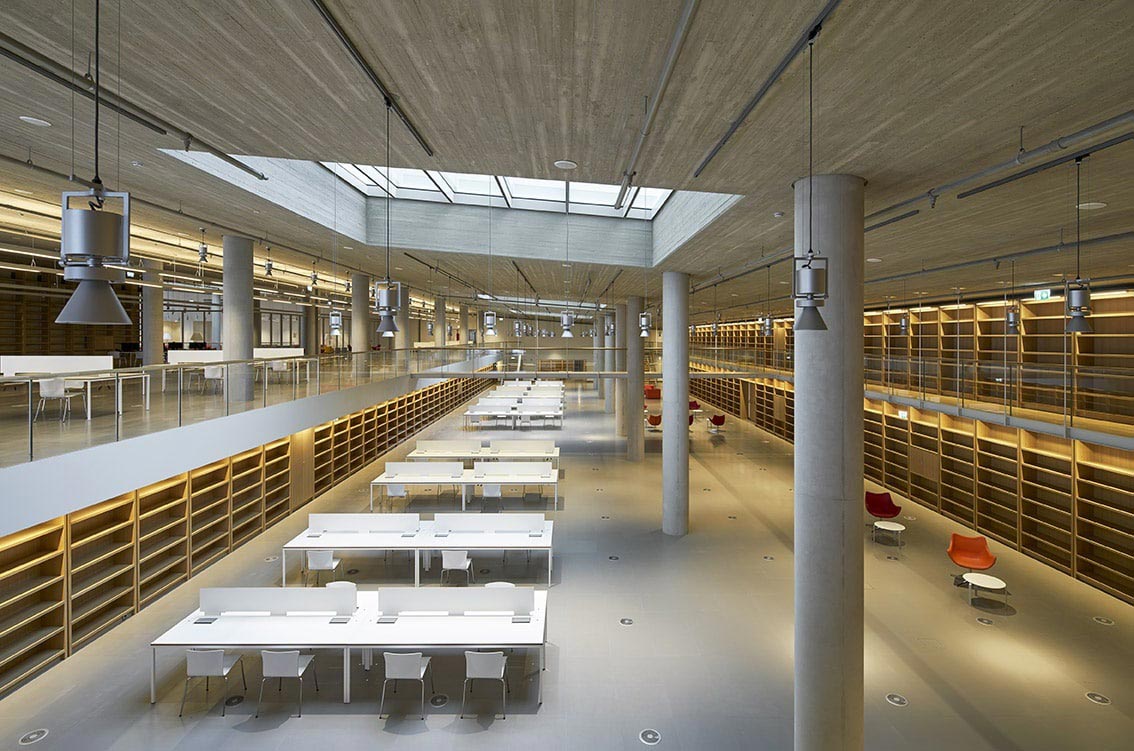 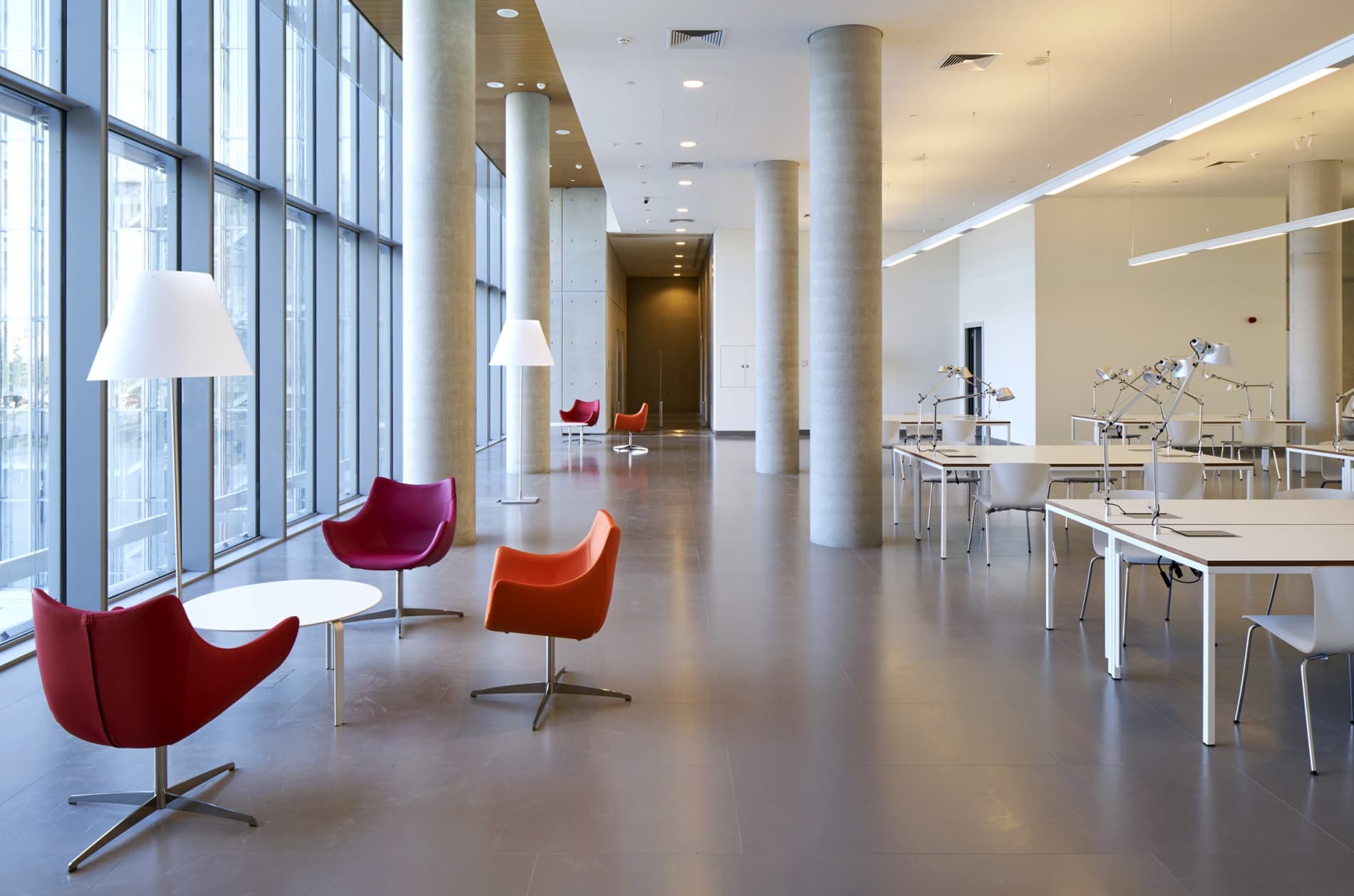 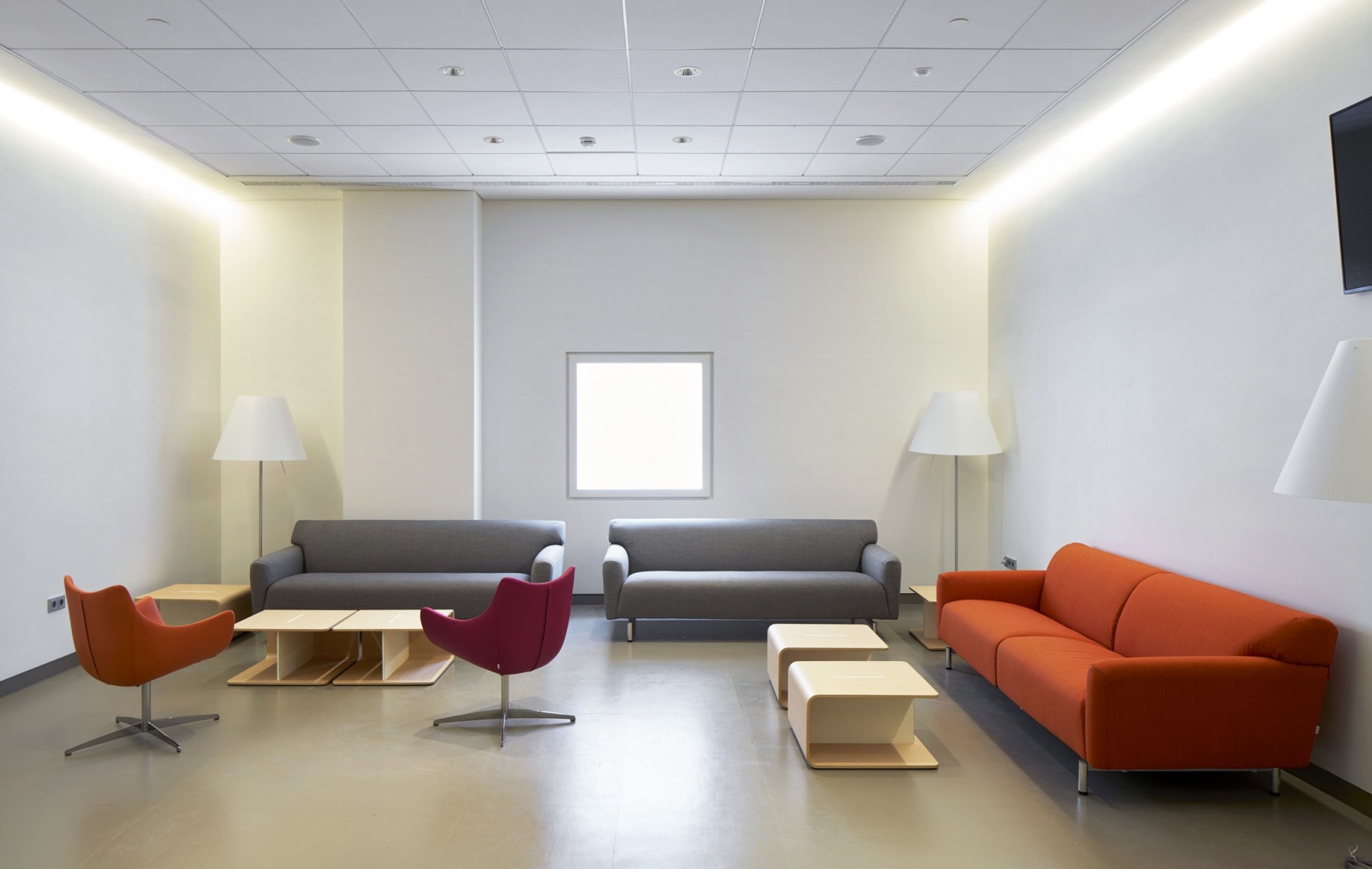 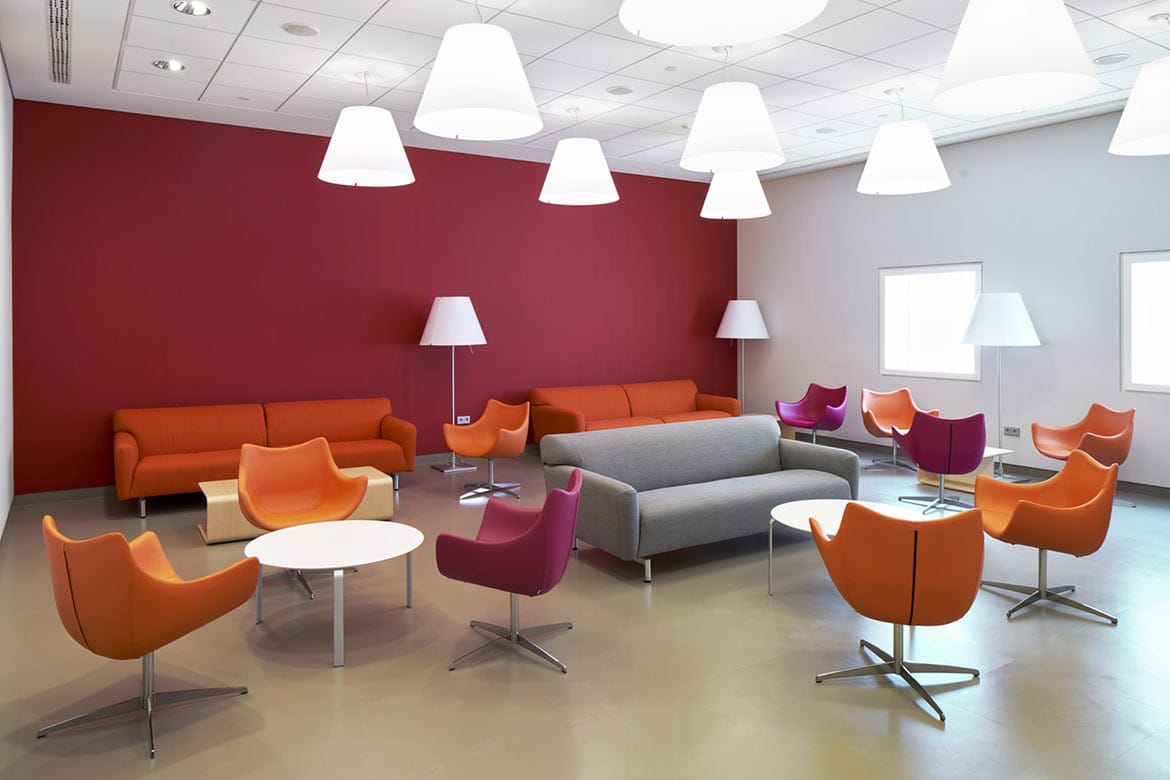